For a brief period, some months before COVID had spread globally, I was in attendance of a course in cybersecurity. Being in classroom environments, and structured labour in general, has always been noxious to me, something I find very difficult to see through without considerable emotional strain. To cope, I had a regular habit of leaving class to wander the plains that lay just behind the building, out of sight for most in attendance at my class, it was a place of retreat from the noise and corporatized environment 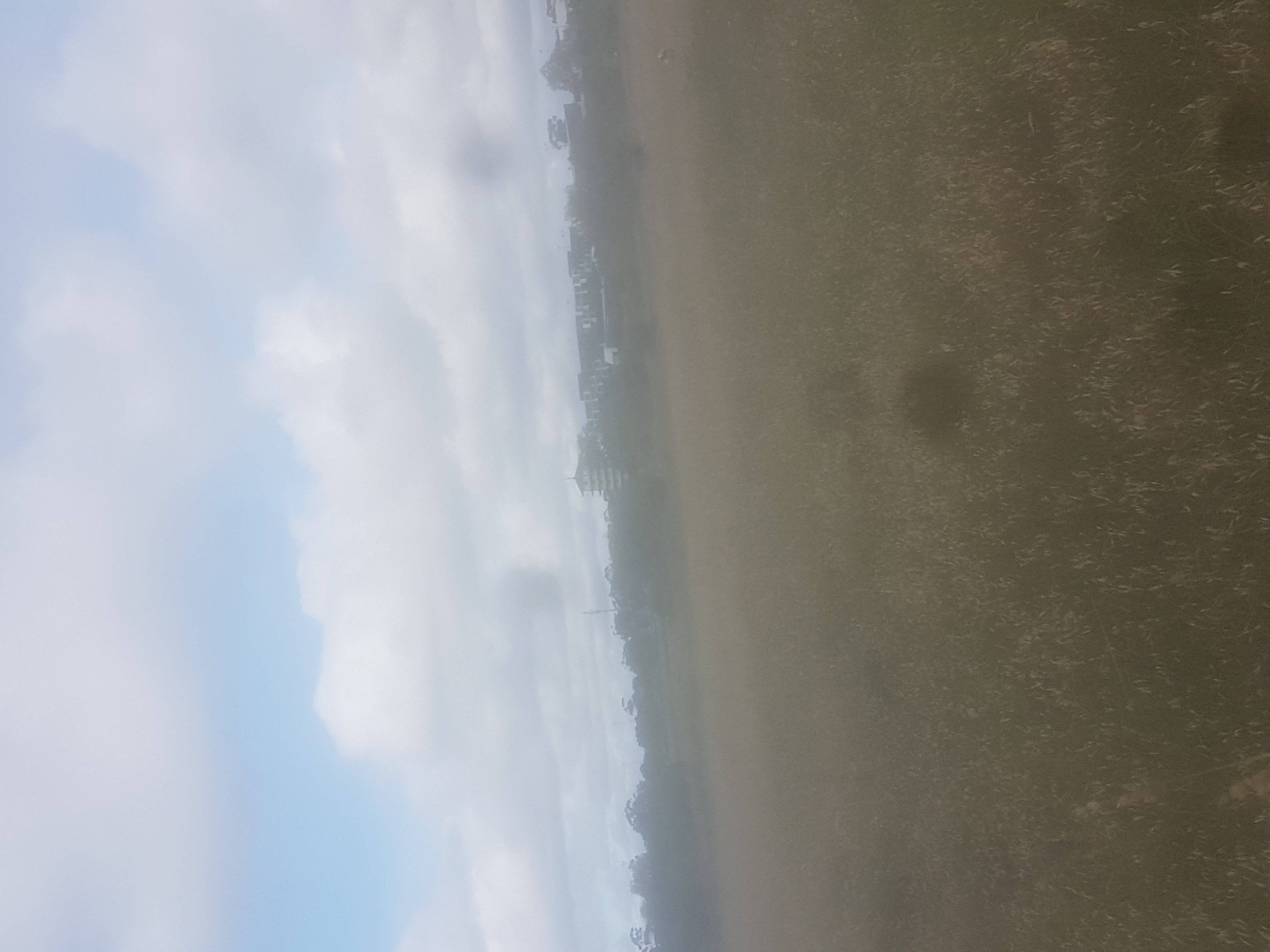 Our campus was built on what was once a national park, though you would not know this looking from outside in, or even from being in the campus itself-- rather, it was a detail hinted at by old maps, benches, and trails hidden in it's corners and recesses, peaking out from the very edges of the land owned by the school itself.

Of the classes I attended, they were all very "business oriented"-- we started by covering workplace safety, moved on to convincing your boss how to purchase security related software for you, acted out job interviews, wrote workplace privacy procedures and guidelines. It felt all really dehumanizing, and convinced me more than anything that I do not ever want to work in a corporate environment-- I think it would kill me.

At the time, I had discovered A Silver Mt. Zion, which I would listen to during work as a kind of tether, clinging onto all the words of Movie (Never Made). It's nobler to never get payed, than to bank on shit and dismay, and so when I could hardly bear to be there anymore, I would go out to wander the grasslands, a fragment of the memories of frontier to that corporate space, somewhere to escape to.

I first heard frill around this time, too. I think this song is most imbued with the feeling of being there out of any I listened to at the time.

I brought a tea flask with me everywhere I went, filled with genmaicha tea, accompanied by a beautiful cup adorned with leaf patterns, it feels nice to touch, very thick texture. The only place with steady placement was a rock, which served as a kind of oasis to me, a place of anchroing. Despite my carefree frolicking, I was still somewhat afraid I would disturb the abode of a snake trying to sunbathe or nap, given snakes and lizards were often reported in the area. I never encountered one myself, but I did come across various holes in the ground which I presume where homes to various animals. I hope I was of no disturbance in my idle wandering. 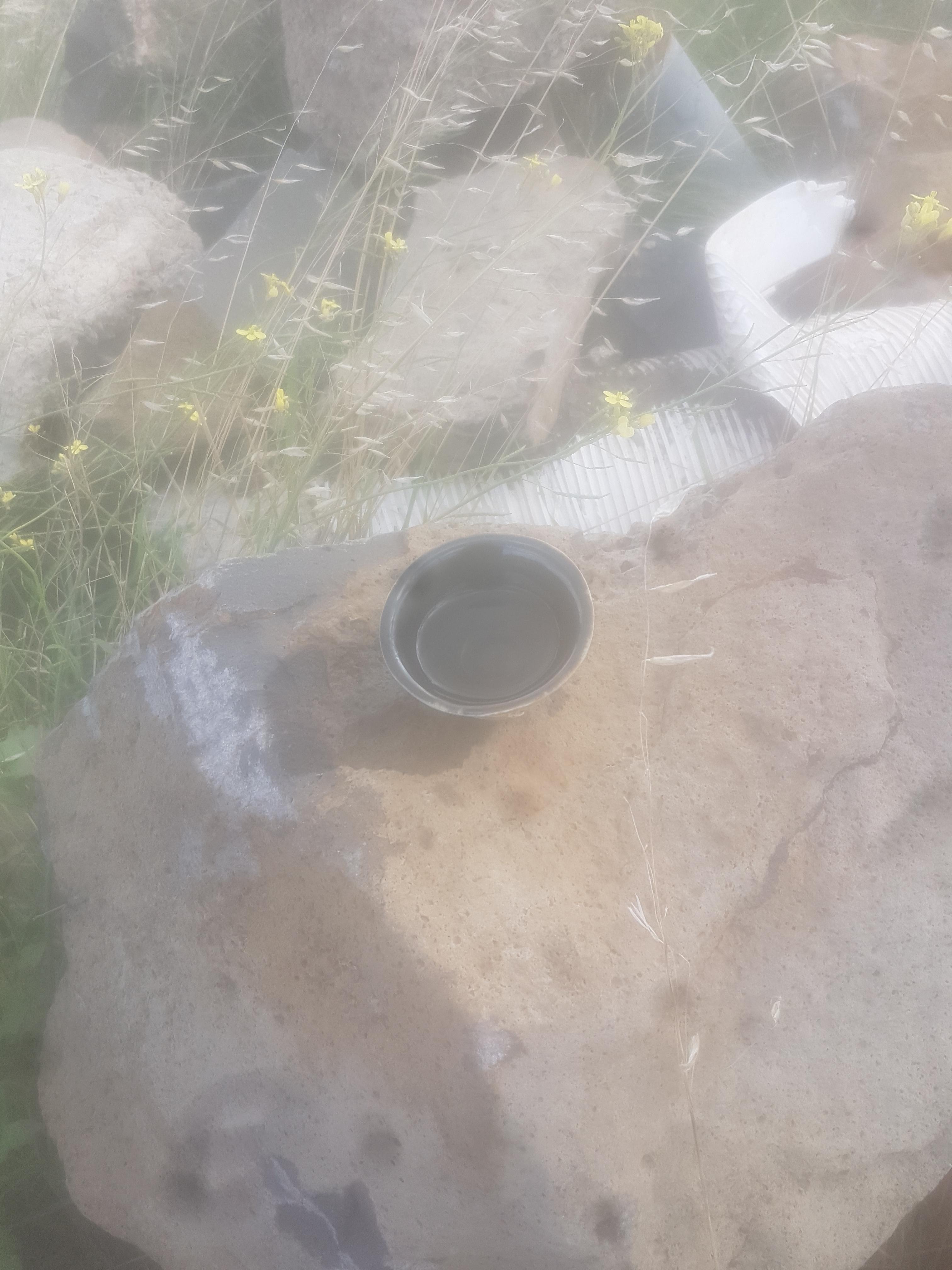 Each outing, I grew more adventurous, wandered deeper and deeper until I hit a fence upon which I could travel no further, though despite this, I sought out ways of crossing it-- you could see a river just across it, and further still a vietnamese temple that looked akin to some kind of Japanese castle or fortification, always beckoning in the distance. It's slightly visible in the picture I took. It was at the very border near the fences where I came across the signs of what the place one was, an information board of sorts, with fragments of a map plastered on.

Another aspect in my pursuit of finding novelty in the grasslands was the pratcice of a kinda vulgar naturalism. I had an affinity for the plants around me, I would try and identify them, taking notes about their features, and how they interacted with everything else as part of an ecosystem. African thornbushes and spearthistles were parasitic invasive species that were of most note to me-- patches of dead grass often had old spearthistle corpses-- their seeds carried by the breeze moved in big clusters from place to place, sometimes they killed trees in their migrations from spot to spot. I couldn't really identify the species of grass, and the type of eucalyptus tree that grew was opaque to me, but it was so fun just learning about it.

I probably learned more drinking tea, watching the clouds, wandering the grass, wondering where the butterflies ate, and what plants there were, than I ever did spending weeks in that dusty hollow classroom. It is a testament to the worth of the time I spent frolicking in that steppe wonderland that I have such vivid memory of it, and an indictment to schooling that nothing but it's worst excesses are what I retained.

I've found waltz to be what calms me the most. Something about the 3/4 time signature sort of seems to temper my psychosis. In part, I think it's my attraction to the luster of another time, considering the nostalgic connotations they possess, as something archaic, helping me with the world around me through thoguhts of another, illustrious and dreamlike, now. Maybe I'll write about how I feel about the 19th century, but I really don't feel as if I have the words for it, yet.

Julian Cochran's Valse No. 1 is currently swaying through my thoughts. A part of me wishes it had more of the hallmarks of conventional waltz, those little drum patterns and that oh-so- infectious pace, that it had more rhythm, but the melodies are so very enchanting.

Typing now, I'm lying in a very hypnagogic state, right now, sort of approaching a sleepfulness as the night draws to a close, and in this sorta dreamyness, my thoughts fill with images of dancing with cats in suits like a page out of alice in wonderland right now, when I listen to this

I've been thinking a fair bit about the first coining of the term fin-de-siecle in an 1888 play shown in Paris, and how it applies to being internet poisoned, sorta. It's what a turkish banker called Batchich tells a bunch of people he's angry with, I'm not really all that familiar with the play, maybe I'll watch it later and write something here about how I found it:

You are a decadent people, having the habititude of turning everything into a joke, incapable of that great enthusiasm which is at the bottom of all things. If Jesus Christ, Muhammed, Charlemagne, or Napoleon were to reappear today they would last no longer than a week. Not believing in anything anymore you will end up believing in everything. Gogo or Mercadet, this is France at the end of the 19th century.

I don't know, I don't have any more thoughts than this

I have a lot of stories about stargazing. When I can't sleep, I tend to slide open my window and gaze outside, sometimes accompanied by music-- lately it's been nocturnes, mostly Scriabin, as having recently found out about what it means for a song to *be* a nocturne, I find them particularly enchanting. Sometimes, though, it might be guqin, or some hazy dream pop to gaze into nothing with, or space rock to stare into space with. My cat usually accompanies me, and what good company she is! I fancy her a kind of tour guide to the realm beyond these four walls, a native to the night.

Having said all this, the stars are quite dynamic. Whilst I may be on the edges of the city, I am still nonetheless a part of it, and all too common a sight it is for a black sky to be tinted a sickly green by a distant glow on the horizon. How many stars I am able to see depends on how many stars have been pulled from the sky to light the streets. On the kindest of hours, I can even make out the contours of the milky way, even if it is ever so slightly out of sight, though, having said that, the gentle streaks of cloud that accompany the stars can sometimes feel as if something similar. I was listening to Pingsha Luoyan when I realized how beautifully earthly clouds accompanied celestial lights! So very much so that I was struck spontaneously with words that I feel quite a fondness for by nature of their spontaneity


Returning to my room, I ended up writing more. Although less spontaneous, more considered, it felt an interesting contrast

Though, honestly, I'm not really as fond of it now as I was then. It is accompanied by this text:

A more recent thought to strike whilst stargazing has been a sudden sense of clarity or comfort, solace from my sense temporal displacement or kind of "chronodysphoria", though I am not all too comfortable describing or comparing my experiences of feeling antiquated to dysphoria in it's more contemporary sense, for these purposes, it best suits what I mean etymologically.

Something about the sky being so different from how ancient people might have seen it, that astronomy was once a study of great prestige in courts from Nanjing to Calakmul, for the longest time, I cannot help but to feel a great sadness for the loss of the stars, and yet, as of late, that has been abated by the presence of pollution in impressionism. I think I was gazing at that green glow of the city when the thought came to me, that whilst this sky is very different, it was the consequence of transition and change as electricity became widespread, and that the sky I saw was not all too removed from the era that created now. I think by recognizing, my place on the periphery of the city, I could witness a historical movement in the present with the knowledge of a starless sky, and with the appreciation of a sky only so starry as to enchant one, but not so much as to enamour one with the great brilliance the night once possessed. In that sky, I could see that it was something I shared with the past. It was not unique to me, but something I could reach out to and temporally displace me. 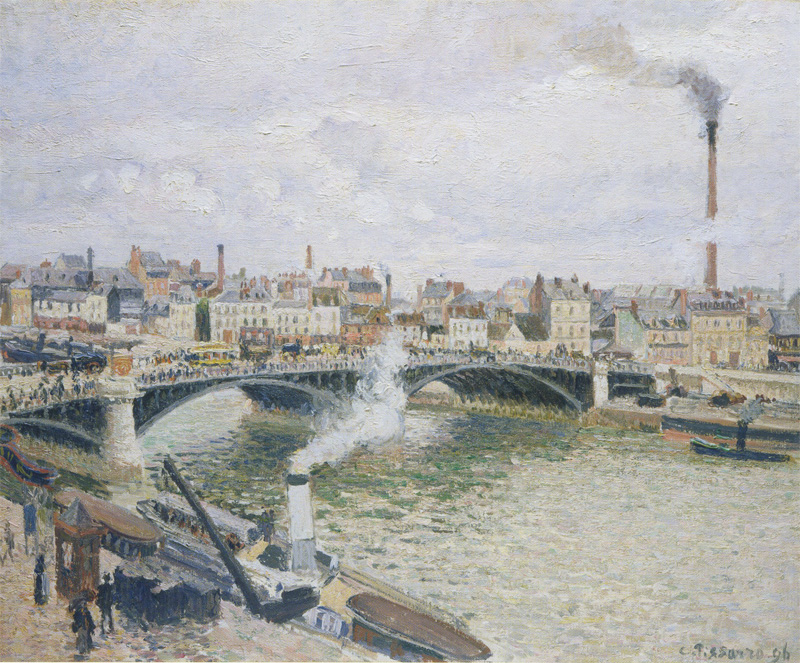 I've felt a lot less of that temporal disfigurement since.